All About The Anonymous Cryptocurrency Exchange

bitni.com has been mentioned extensively in the mainstream press, and is listed as an approved exchange by official cryptocurrency organizations:
getmonero.org, dash.org, ravencoin.org, beam.mw, groestlcoin.org, hedera.com, ethereumclassic.org and many others.

Cryptocurrency was created to give internet transactions the anonymity and privacy of physical cash.
bitni.com was founded to live up to the founding ideals of cryptocurrency, with a strong focus on user privacy, anonymity, and ease-of-use. 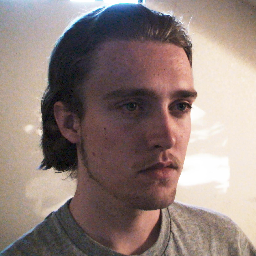 
Has been an elite programmer for over a decade, working on scores of projects in a wide array of fields.
Has developed enterprise web apps, cross-platform desktop apps, and mobile apps with over 1 million users.
Has been working with cryptocurrency since the early 2010s (Was mining Bitcoin on a 7970 when it was only a few dollars).

Some of his many projects can be found on his github page (github.com/rzel).
One of only 1296 people in the world with a 2 character alphanumeric twitter handle (twitter.com/z7).
He can be reached at his personal email address (contact@robzel.com).

Our founder compares and contrasts Bitcoin and Ethereum, arguing the technical merits of the latter.

Guide to Insurance on Cryptocurrency

Our founder explains cryptocurrency insurance, and it's use by exchanges to protect users from catastrophic loss of funds, such as hacking.

Economy Explained: How Does Cryptocurrency Work – and Is It Safe?

Our founder defines the terminology of cryptocurrency and explains the basic workings of the technology. Story picked up by the mainstream press.

ETH at $1690: Did WallStreetBets Push Ether to a New All-Time High?

Our founder explains the causes of the 2020-2021 Ethereum price rally, and how the transition from Proof-Of-Work to Proof-Of-Stake was likely a factor.

Why Some Money Experts Believe In Bitcoin and Others Don’t

Our founder discusses Bitcoin as an investment, it's past performance and future potential. Story picked up by the mainstream press.

Our founder discusses the benefits of accepting cryptocurrencies by flexible workspaces, in a prestigious online magazine about workspaces.

Swedish online magazine covering freedom topics. We were the main feature of an article about trading cryptocurrency anonymously.

Geary Email Client
The best desktop email client. Better even than the best web-based mail like gmail. Highly minimalist and functional interface.
Like a Mac program from the Steve Jobs era.


Snowflake SSH Client
Ultimate all-in-one tool replaces PuTTY, SSH terminals, and remote desktops. Everything you need for sysadmin is in this one swiss army knife.
Free and Open Source, cross platform Java, but the design and quality are so good it feels like an expensive paid program.